Our history has continuously been one of doing the impossible. It started in 1776 when for the first time in the history of the human race, a colony declared her independence from her mother country. Not only did we do that, we successfully defeated to best armed and trained military force in the world to secure the liberty. Then we met as thirteen disparate and not very agreeable colonies and ratified a Constitution that guaranteed rights never guaranteed before. Then the first President of this nation, voluntarily relinquished power to another person without threat, coercion or failing health. Never done before. Not a bad start.

In the years that followed we continued to do “impossible things” such as building the Erie Canal, creating an industrial base, building a railroad from coast to coast. And those were the easy “impossible” things we accomplished. We pulled out of the worst world-wide depression in history and became an economic power at the same time we won a World War (mind you for the second time) and then rebuilt Europe with the Marshall Plan. We became the world’s first “Super Power.”

We eradicated small pox, malaria and polio. We invented things (some that were considered impossible), such as: the Airplane, Anesthesia, the Assembly Line, the ATM, Color Film, Cotton Gin, E-Mail, FM Radio, Free Public Schools, Kevlar, The Microprocessor, the Microwave Oven, The Motion Picture, The MRI, Novocain, The Nuclear Power Plant, The Personal Computer, the Phonograph, Polaroid Instant Photography, The Polio Vaccine, The Rocket, the Sewing Machine, The Skyscraper, Sneakers, and Typewriter and scores of others devices as depicted in this YouTube clip (oh yeah, YouTube):

And did I mention, we sent men to the moon and brought them back safely. Talk about doing the impossible.

But more importantly, we accomplished legislative acts that changed our country and in some ways, the world. Despite overwhelming opposition we outlawed slavery (See the movie Lincoln), we gave citizenship to minorities, we gave women the vote, we outlawed alcohol and then overturned it, and we gave civil rights to minorities. Then this century, we elected a Black President twice with a majority vote of the American people. Despite the solid opposition, much of it angry and racist, Barack Obama won a second term.

Why am I posting this? Well it irritates the hell out of me to hear that certain legislation up for consideration is “impossible” to pass. 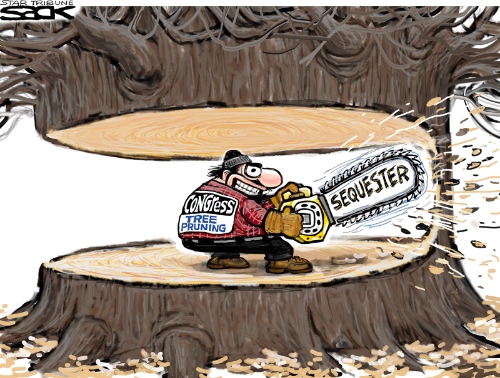 As well as a budget that will both cut government spending and raise revenues in a fair and balanced way that will reduce and eliminate the budget deficit and pay down the national debt. The pundits say that with opposition from the NRA any gun legislation is dead on arrival and they also say due to the hatred of the Tea Party wing of the Republican Party towards Barack Obama any budgetary acts that raises taxes and doesn’t severely slash entitlements is also dead on arrival. Even though the majority of the country wants both of these legislative accomplishments, they say it’s impossible.

Well it isn’t because we’ve done this sort of thing before. One common thread of all the legislative accomplishments in the history of this nation is that not only were they right, the majority of the American people fought for it despite their representation in Congress. As long as we stand up and demand action in Congress for what we know is right, this can be done. The impossible is always accomplished as long as there is a will, courage, ingenuity, and relentless fortitude and desire of the people. Let you voices be heard in Congress and demand that they do the impossible. Afterwards, we can do the next impossible thing, out do the Republican gerrymandered districts and get the GOP out of control in the House. More on that later. 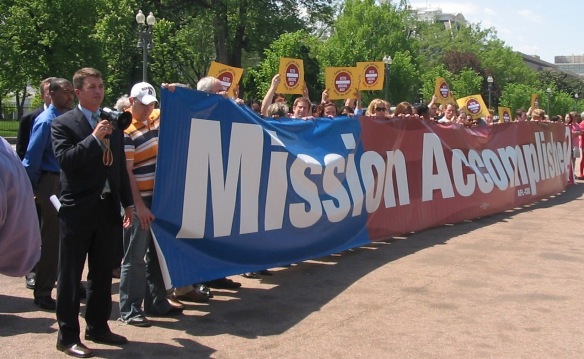