Considering the rhetoric that came out of the recent NRA convention in Houston, coupled with the inflammatory comments from members of their leadership and supporters, many speculate whether a charge of Treason can be made against the NRA when they insinuate a call for an armed response to the “tyranny” of the United States Government. And of course when they say United States Government, they actually mean President Barack Obama. Mind you, not the actual President Obama, but the caricature they made up about him from whole cloth.

So what does it take to be charged with Treason in this country?

Article 3, Section 3 of the United States Constitution states “Treason against the United States shall consist only in levying War against them, or in adhering to their Enemies, giving aid and comfort. No Person shall be convicted of Treason unless the Testimony of two Witnesses to the same overt Act, or on Confession in open Court.” This act is currently codified in 18 USC Chapter 15 – Treason, Sedition and Subversive Activities revised January 3, 2012. http://uscode.house.gov/download/pls/18C115.txt And by the way, the penalty for Treason, Sedition and Subversive Acts can be anything from five years in a Federal Prison up to death.

Despite the boisterous cries that came from those people; to date, no actual war has been declared or executed against the United States, nor have they aided and comforted any group within the United States. At least not formally. Although we are still at War in Afghanistan and with the “Terrorists”, other than the NRA opposing any law that would make it difficult for terrorists to purchase weapons of war in this nation, very little can be proven in Court to show they willingly and knowingly are aiding and comforting our enemies who wage war against us. They are only aiding the gun and ammunition manufacturers who continue to profit from selling, unopposed and uninfringed, weapons and ammunition to terrorists, convicted criminals and the mentally ill. They do aide the gun runners who could possibly be charged at this time, but it would be a stretch to charge the NRA with Treason, at this point in time.

Now an actual call to War against the United States Government in an armed uprising would cross the line and could be construed as Treason. The best example would be the firing on Fort Sumter in Charleston, South Carolina on April 12, 1861, ushering in the Civil War by the Confederates. Sorry Jim Porter, the “War of Northern Aggression” actually began with Southern Treason and firing the first shots. But I digress. 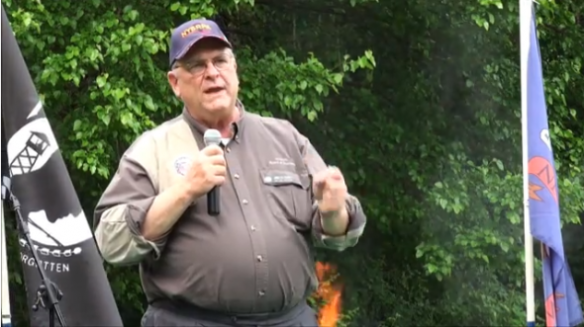 This is not to say that if the rhetoric and apparent game plan of the NRA was to come to fruition, which a case of Treason couldn’t be made against their leadership. It is more and more apparent that a club once founded on the principals of safe gun ownership and hunting rights is morphing into a Paramilitary force with the aim of having armed civilians firing upon US military and police in an armed resistance to what they childishly cause “Tyranny.” Should they formally or even informally gather with that in mind and go so far as to fire upon the government of the United States, that would be as treasonous as those first shots of the Civil War Mr. Porter.

The NRA continues to say that the Second Amendment is there to keep the government honest and beholding to the people of the United States. This is of course pure bullshit. They continue to leave out reference to the conditional clause of “A Well Regulated Militia being necessary to security of a free state…” or the Militia Act of 1792, http://www.constitution.org/mil/mil_act_1792.htm or the Federalist Papers and letters from Jefferson that clearly state that the Second Amendment was there as a way to prevent this country from having a standing army.

Further, it exists to make sure the nation had a well regulated Militia for the defense of the Nation and her government as demonstrated when President George Washington used the Militia Act of 1792, which supplemented the Second Amendment, to call out the State Militia to put down the armed Whiskey Rebellion in 1794. 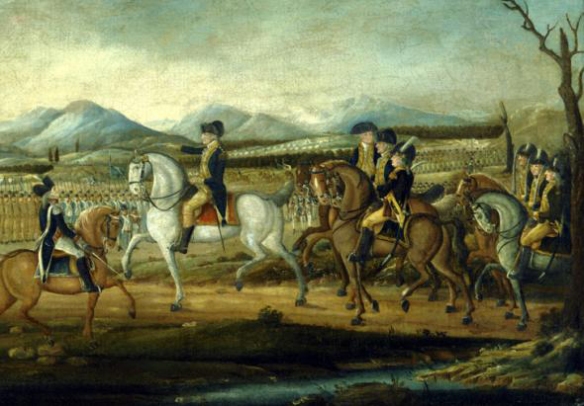 Further, they leave out what is cited at the beginning of this rant, Article 3, Section 3 that defines “Treason” against the United States. You can’t outlaw Treason in the Constitution then give the people the tools to commit treason in the same Constitution. At least you can’t do it from a logical perspective and logic is something those who follow the rantings of the NRA propagandists sorely lack. But the NRA caters to idiots and fools and this country is full of them.

You walk a very dangerous line when you use false arguments, lies, and misrepresentations to an angry, not very well educated group of armed paranoid nuts who are very capable of being led to slaughter by taking up arms against the United States.

We have record number of Paramilitary militias formed in this country; we have nuts looking for any kind of validation that it’s perfectly reasonable or mandated that they shoot up representatives of our government, or our military or our police. They look for an excuse and the NRA is working to provide them with that excuse. The results? We already had Oklahoma City due to this sort of talk. How many innocent men women and children died due to inflammatory rhetoric from idiots from the right saying government is tyrannical?

The new President of the NRA Jim Porter, the ever paranoid and idiotic Wayne LaPierre, and other NRA board member nut jobs like Ted Nugent like to talk tough. It makes them feel powerful and gives them an audience willing to listen. Problem is, that audience is full of angry violent and inhumane assholes waiting for any excuse to cause harm. If the NRA leadership continues with this rhetoric to maintain gun sales for gun and ammo manufacturers and it leads to any attack against any representative of the United States Government or military or Police, then the full weight of 18 USC Chapter 15 should be prosecuted upon the board of the NRA and they should all hang together like the Patriots they pretend to be. In reality, they’re cowardly corporate shills playing a con game on the dumbest people we have, but you already know that.