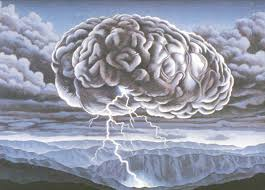 Those of you who’ve followed me on Twitter and this blog know I have this desire to get as many people out to vote their interests as we can. All polling shows that the majority of this nation supports what the right would call a “liberal agenda” over such things as freedom of choice, immigration reform, stronger gun control laws, universal background checks, same-sex marriage, equal rights for all, etc. Yet we have many in local and national office who not only block such agendas, they work to enact the opposite with things like voter suppression, abortion bans, constitutional amendments to restrict rights, weakening of gun laws, etc. The problem is there is a small number of rightwing zealots who also tend to vote in each and every primary and election. Though they represent a small minority of the nation, they represent a large number of the voting public.

There have been several theories as to why this occurs, why a fringe ideology is more apt to exercise their constitutional right and obligation to vote a narrow ideological agenda while the rest of the nation who support things that benefit the entire nation, often sit on their hands on election day.

Some mention that the neo-conservative mind is prone to blindly follow their perceived leaders without much thought and do what they are told to do. The imagery of lemmings rushing over the cliff comes to mind.

Others mention that this group tends to always be angry and it’s that anger that is their motivation to vote against whomever they are told is the enemy, against these people without really thinking about it and why they should be against them.

Perhaps its a combination of the two and possibly other motivating factors. Regardless, these people always vote, the rest of us don’t.

I’m asking those of you who read this blog to please comment on what you think is needed to get the majority of the nation out to vote in the upcoming midterm primaries and general elections.

Every House seat is up for 2014, even those in gerrymandered districts, a third of the Senate seats are also up, several governors and State legislators are also up for election. Ordinarily, far less than 40% of the nation votes during the midterms.

When you realize that a majority of that 40% will be the rightwing ideologues, you understand the danger this nation is in. I remind you all of 2010 and the damage we still suffer from so few Democrats and Independents voting. The rightwing Tea Party swept the nation and most states and started voter suppression acts, misogyny on Biblical steroids, gerrymandered redistricting, cuts in the social safety nets for the nation and individual states. We cannot allow this to happen again. We need higher turnouts.

Please post your comments and I promise to post them as I have the time to review them. All ideas are worth exploring so please give us your thoughts.

Thank you all in advance.