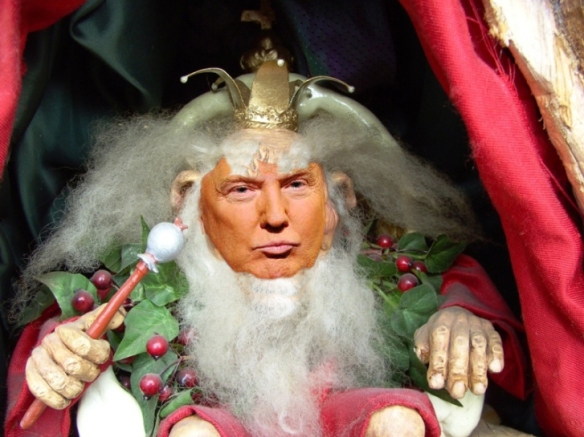 King Internet Troll Donald Trump on his time line was explaining away the fact that he has the distinction of running a Casino who’s the odds are in the House’s favor into bankruptcy. He advised that bankruptcy is not personal, it’s a business tool. He points out that successful businessmen use bankruptcy on a regular basis to remain successful (for themselves and stockholders). However he also says that as a “successful businessman” that is his primary qualification to be our president.

Now any rational person knows full well that corporations are not people. What many do not understand on either side of the political divide is that government is not a business. The two have far too many conflicting goals in existence to justify that comparison or model. Let me spell it out.

The primary goal, the bottom line of business is the financial profits of the owners and stockholders/investors. That financial profit is obtained by bringing in more money while spending as little as possible in operating expenses. The largest operating expense in most businesses is employees and their benefits to keep them employed. This is why business community opposes any increase in the minimum wage, this is why they usually go to the cheapest supplier of goods to produce whatever they’re marketing. When profits start to tank, it’s the employee who’s first to go on the chopping block. They reduce quality and even customer service to maintain that profit margin. When all fails, they declare bankruptcy to be exonerated from their debts, break-up and cash out on the business itself. All of this, by the way is monitored by the bankruptcy courts, a function of government to ensure as little harm to the investors as possible occurs.

Now the primary goal, the bottom line of government is the well-being of her citizens. That concept precludes the whole financial profit goal of business. Revenues via taxation, tariffs, fines, etc. are redistributed to build infrastructure and provided needed services for the well-being of the citizens, especially those with little ability or means to supply things for themselves. The money goes to ensure the streets are safe, the water is clean, the bridges are sturdy, food is safe, sewage is properly taken care of, medical services and education are available and accessible. It is quite simply all customer service for a customer base of over 320 million people and balancing the needs and wants of all those 320 million. It doesn’t run a financial profit because to do so is to make citizens nothing more than disposable items on a balance sheet. Government is prone to run in a deficit when revenues are withheld or hard to obtain, so they often have to borrow.

Keep in mind that borrowing and subsequent interest falls upon the government via revenues from us to pay back to the banks. If we were to declare bankruptcy like Donald Trump does as a business tactic harms every single citizen of this nation and possibly the world. Even coming close to defaulting on our debt decreases our credit rating and costs us even more. Business tactics to address these issues only benefits a tiny fraction while destroying everything else.

No Donald, corporations are not people and government is not business. Government has a unique function in the grand scheme of things to care for flesh and blood humans from the cold callous hands of corporations and businesses trying to milk them for everything they got. There is no financial profit, there’s societal prosperity and care for all that effective government sees to where nobody is disposable and no function can be slashed or eliminated if it harms those who need it. Government by design is a poor business model because the customer is always right, and their rights must be maintained at all costs. No financial profit in that is possible.