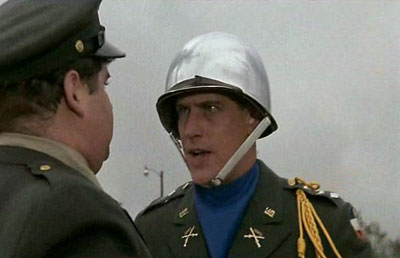 Mother Jones has presented us a tape of Mitt Romney at a fund-raiser where he says he’ll never get the support or votes of 47% of the country because they “depend” on government. Give a listen:

So according to the Mittster, forget the fact that you have been paying into Social Security, Medicare via FICA your entire life. If you collect a government check for assistance, whether that assistance be, Social Security, Medicare, Medicaid, Veteran’s Benefits, Housing assistance via Section 8, Food stamps, Pell Grants, anything that comes from government, you are a freeloader depended upon “entitlements.”

Now many of us understand that the “entitlements” that Mitt speaks of are the pay-outs to us for making payments to the Federal Government via FICA, that all of us are required to do from our paychecks. Of course, once you have earned over $106,000.00 a year, you are no longer require to pay any FICA.

So he sees them as entitlements. I suppose getting an insurance company pay-out after an accident or illness, after paying premiums into that insurance company is also an entitlement. It must be because Mitt believes that even though you have made those premium payments, insurance companies reserve the right to not pay you back if they think you had a pre-existing condition or were too sick, or reached your cap. You know, the things removed by ObamaCare that Mitt wants to repeal to favor insurance companies and allow them to just take your money. It seems he sees the same thing for FICA. Just pay the Federal Government and maybe or maybe not, you might get something back. We’ll get back to you.

Other assistance like food stamps to keep those of us who can’t earn enough to feed the family are another entitlement. Food stamps cover $1.00 per meal per day per individual. Some entitlement Mitt.

Section 8 Housing is another entitlement. Forget that you cannot have any criminal record to get it.

And of course Welfare. Forget that to collect Welfare you must be employed and you can only collect it for a grand total of no more than 5 years during your lifetime and that it only accounts for less than 4% of the total Federal Budget.

Lousy entitlement for lousy lazy people, all “47% of the electorate.”

Where does Mitt come up with that 47% number? Well that’s the percentage of the nation that doesn’t pay Federal Income Taxes. He leaves out the fact that all of them pay FICA taxes, pay state, county and city sales taxes, and earn so little, so close to the poverty level, that requiring them to also pay Federal Income Taxes would literally tax them into Poverty.

So Mitt Romney doesn’t want the votes from the majority of people who are on food stamps, Medicare, Medicaid, Social Security, etc who the majority of, by the way, happen to be White Christians.

Oh, and let us not forget our Veterans, you know the people who were either drafted or volunteered to serve our nation and risk their lives, they collect government entitlement checks too via the Veteran’s Administration.

So a man who avoided the draft, keeps his money off shore to avoid paying taxes (and has yet to release his forms mind you) says that all of you who collect any form of government check or subsidy for any reason is a freeloader and will most likely vote for President Obama.

Mitt, you are a freeloader and you will be voting for Obama.

Have a nice day 🙂