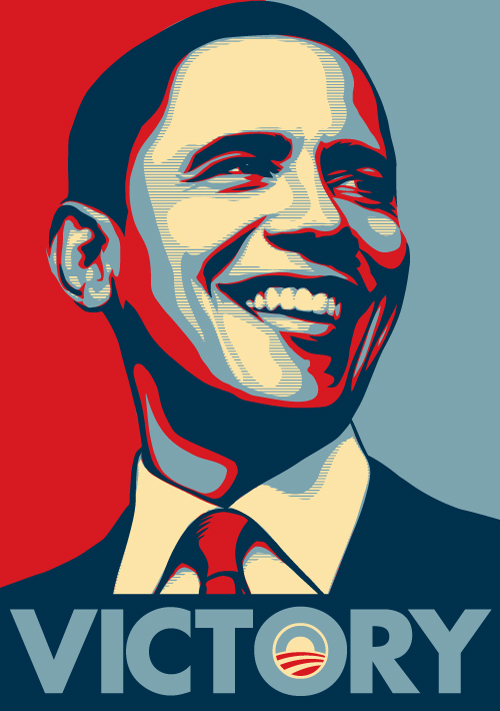 November 6th, 2012 was a great day for democracy in this nation. Despite Citizen’s United, despite billions spent to convince the people of the nation that “trickle-down” works, that reality was an illusion, that a man and party clearly in the pockets of the one percent and corporate America, would be better for you by making you give up more so that those one percent and corporate America can have more, had their collective clocks cleaned.

The cancer known as the Tea Party was decimated. None of them took seats that should have gone Republican in the Senate. Many of the most right-wing, hard-core and vocal Tea Party Congressmen in the House; Joe Walsh, Alan West were removed. Michele Bachmann’s win was so narrow there could be a recount. Although the Republican Party still controls the House, the margin was narrowed, while Democratic control of the Senate increased.

Despite the billions spent, the American people wouldn’t have any of it and voted what they knew was true and in their best interests. President Obama won a second term. He won with a greater Electoral College and Popular Vote margin that George W Bush did in 2004 when he claimed to had won with a mandate. Last night was great, but the work must continue.

Though they lost, the Republican Party and those who remain in power, who are influenced by the extreme right-wing corporate-controlled Tea Party are not defeated, not yet. As Ed Schultz pointed out this morning on his radio show, expect the next Congress to begin where they begun after the 2010 mid-terms, the House will work to de-fund ObamaCare. They will work to give more tax breaks to the richest Americans by slashing services to those in need. They will continue their propaganda, they never learn because they will remain in the Fox News propaganda bubble. They are wounded, that makes them more dangerous.

They have already said that they will be working to get ready for the 2014 mid-terms. Interesting thing is that these people have no capability of learning, of listening, of coming up with better ideas. It will be a carbon copy of what happened between 2008 and 2010. We can and must prepare for it. We cannot rest on our laurels because the counter-attack has already begun.

What can we do?

First of all, stay on social media, Twitter, Facebook, Blogs, etc to keep the people motivated to let their representatives know we demand they work in our best interests, not the interests of the one percent and corporate America. Remind them that we know that trickle-down doesn’t work, that only building the middle-class will improve the economic strength of this nation.

We must push Congress to amend the Constitution to overturn Citizen’s United and make voting a true Constitutional Right for all Americans. The vast majority of Americans are fed up with the money wasted on this campaign from both sides and the unnecessary long lines that mostly Democrats, but many Republicans, Libertarians, Greens, Independents etc had to contend with. As the President pointed out in his victory speech, “We got to fix that.” Voter suppression must become a federal crime supported by a Constitutional Amendment. Now is the time to begin pushing this while memories are fresh.

We must demand action on Global Climate Change. The flat-earthers in power must be marginalized because this is only going to get worse. Besides, investing in industries and infrastructure that would counter the devastation climate change can cause to shorelines and farmlands would actually improve the economy. Investment in clean energy and eliminating reliance on big oil would only hurt big oil while the others energy sources become economic giants creating jobs and expanding our economy. It’s basic economics.

The nation needs to explore new regulations governing “News” organizations from being more of a corporate propaganda wing and more of actual news without commentary. Too many uninformed people out there which is counter-productive to a nation designed for self-rule of the people.

We must prepare ourselves for the 2014 mid-terms. We must make sure there is as high, if not higher turnout as we had yesterday. Low turn-out has dire consequences. Never let anyone forget 2010.

This is only the beginning. My rants will continue because there is so much more we need to do to build on what we already have and to keep those only concerned for their own ideology to take away from us. We all must remain active. The work of creating a “more perfect union” never ends. Citizenship is hard work and everyone must be involved.

The President summed it up best: