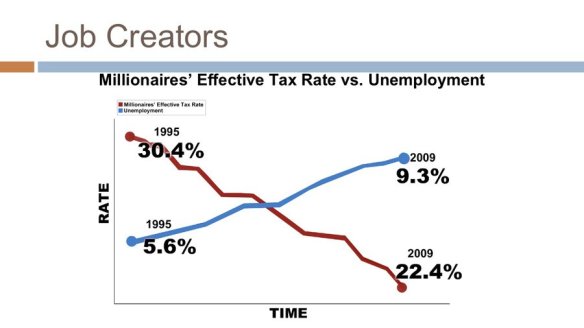 Don’t be fooled with the continuous lies of the leaders and talking heads of the Republican Party when they say we must as a nation address the deficit and national debt, that spending is the key. The mere fact that they continue to demand that the Bush tax cuts be made permanent for everyone is the proof. As well as the insistence to continue to spend more money on an already bloated Military Industrial Complex.

When Bush and GOP leadership in House and Senate pushed both tax cuts, they knew full well that such cuts would add to the deficit and national debt for an indefinite period of time. How do I know this? Well they had to use reconciliation to pass it along with Dick Cheney’s vote. This is a historic fact. Why is reconciliation key? Well it was the only way they could pass it and avoid a Democratic Filibuster. Under the reconciliation rules, you only need a simple majority to pass a fiscal bill. However, if that bill adds to the deficit and national debt, it must be required to expire in ten years. Although the Republicans at the time had majorities in both houses of Congress, they didn’t have a big enough majority to pass these cuts without using reconciliation. So they knew the cuts would add to the deficit because the Congressional Budget Office told them it would.

In 2010, they held the US economy, food stamps and unemployment hostage and required Obama and the Democratic controlled House and Senate to extend the cuts for two years to expire on December 31, 2012 and here we are again. They are trying to convince the President and Democrats to extend all of them permanently, even though they know that these cuts are one of the major contributors to our current deficit. Again, this information comes from the Congressional Budget Office as well as every reputable economist in the world. Its basic math.

Today they are trotting out the same lies they trotted out during the Clinton administration and almost every year since that “taxing the wealth job creators” will kill job growth and destroy the economy. Again the history is clear. When President Clinton and the Democratic controlled House and Senate proposed the tax increases for the wealthiest Americans to 39% in 1993, Newt Gingrich and the GOP said it would kill jobs and bring about an economic collapse. Not a single Republican voted for that tax hike citing Grover Norquist’s childish pledge. What happened next? We had the largest sustained economic growth in peace time in our history. 21 million jobs were created, the budget was balanced with a surplus.

Had it not been for the Bush tax cuts, two wars, and Medicare Part D (that forbade the government from negotiating  prices with big Pharma), projections showed that our entire national debt would have been paid off in (get this) 2012, this year. The Republicans took over the House and Senate for a time on the lies that only tax cuts and limited government spending and elimination of business and banking regulations would save the country from economic collapse. The people believed them and then came 2008. It was a perfect storm of devastatingly low tax revenues, increased government spending on things that don’t contribute to overall economy and banking deregulation that crashed not only our economy, but the world’s. Even with 9-11, the country would have done well economically, were it not for the Iraq war (which we were lied into).

All the studies are clear and undisputable unless you are a liar, extremely ignorant, or just have you head stuck in a fart bubble up your ass; tax cuts for the wealthy “job creators” do not create jobs. Jobs are created by demand for goods and services, not excess cash. That is why expanding and paying a large middle-class via government assistance and investments does actually create jobs and keeps the economy perpetually growing. To put it another way, if you take the money being kept out of the economy from the wealthiest Americans and place them into taxes, that money is used to fund roads, infrastructure, airports, educations, law-enforcement etc. Jobs are actually created. With those government created jobs, those people start to spend their money for goods and services provided by the private sector requiring business people to hire more people to continue to provide goods and services and make profit. It’s simple macro economics that has historically worked.

The lies from Speaker Boehner, Paul Ryan, Eric Cantor, Mitch McConnell. Koch brothers, et al only serve to reduce revenue to federal and state governments that result in jobs being lost in the public sector, which then end up in jobs being lost in the private sector. Only the venture capitalists like Mitt Romney will make money by loading failing businesses with additional debt, forcing them into bankruptcy and then cutting them up and selling the parts for personal profits. By the way, it also results in more jobs lost, pensions destroyed, healthcare lost and more money out of the economy only to be hoarded by the wealthiest Americans. This has been the lie continually perpetrated by the GOP and their billionaire overlords that is destroying the country. It is why income disparity is at its highest rate since before the Great Depression. You suffer, they thrive and the mainstream media won’t spend time calling these politicians out on their lies. You need to do it yourself.

The Republicans don’t care about the deficit or national debt. If they did, the national debt would have been paid off by now by simply not slashing tax revenues and eliminating regulations that had the country with a surplus that would have continued to expand the economy. Instead, they were interested in the very few getting more of the overall American wealth.

Below are some key articles about this subject matter that will give you talking points to use on social media and correspondence with your local, state and federal representatives. Let them know you won’t be lied to anymore and demand positive “progressive” action from them. It’s in your hands and we need to make sure they all clearly get that message in 2014.

The Truth about the Bush Tax Cuts and Job Growth:

Tax Cuts for Rich Do Not Generate Jobs:

Do Lower Taxes Create Jobs? Let’s Look at the States: