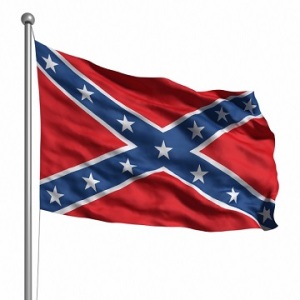 In a horrific tragedy like the Charleston shooting, there is rarely only one or two factors in play that contribute to why the act occurred. Many tend to pick on only one or two items to fit their preconceived agendas, some do to simply deny the plausibility of uncomfortable causal factors.

When you listen to the debate over why this happened you hear about the racism of the perpetrator, easy access to weapons, institutional racism, mental illness, pure anger and then you hear about attacks on Christianity, not enough guns and the ever present “False Flag Operation” from the real loons on the fringe.

I find very little, if any justification that this creep was attacking Christianity. I find it interesting that those who throw that out have yet to state what his religious views were. It would appear that he was, as are many Whites in that part of the county, a staunch self described Conservative Christian. It would be interesting to see what his religious views are. However, as he himself said in front of witnesses and victims it was racially motivated. He had to do this because Blacks are “raping our women and taking over the country.” Hardly an attack on Christianity.

So it is apparent that in the grand scheme of things this was racially motivated. But why? How did this human reject get to be so racist? Did it come from his father who from accounts gave him the gun he used to murder these Church goers who welcomed him in with open Christian arms? Possibly, but how did dad and his family become racist? Is he insane? I would suppose you would need to make a clear definition of insanity. He’s clearly not representative of most thinking regarding the sanctity of human life, but is that insanity or his poorly developed sense of morality and justification of violence? Sociologists would point to his environment. Now Governor Nikki Haley has made it clear that racism no longer exists in South Carolina and she lays all blame on the shooter himself not caring what his motivations were or how they developed.

To counter Nikki Haley’s assertion, many point to the fact that the old Confederate battle flag still flies proudly in South Carolina. They will say that the Stars and Bars is a symbol of racism. The response is that the flag is merely a remnant to honor the Southern Heritage. They add that after all, the Civil War wasn’t about racism or slavery, it was all about State’s Rights and the tyranny of the Federal System and Northern aggression. There is a problem with that assertion, the very people who formed the Confederate Government were very clear at the time that this was about slavery.

Confederate States of America Vice President Alexander H. Stephens clearly spelled out why they seceded and why the Confederacy was formed in his “Corner Stone Speech” on March 21, 1861. He spelled out the differences in their form of government and specific changes in their government over that of the United States Constitution. However he was also clear, the corner-stone, the foundation of this government was slavery. Here is the full text of the speech:

It is no wonder in the 21st Century leaders of the South want to deny the obvious, especially with a Black President in office. Pure racism is very much alive and thriving in the South. To make even the slightest acknowledgement of it invites scorn.

However in not acknowledging it, in not accepting the truth, little if any is done to finally address it. To allow the Stars and Bars to fly in South Carolina only perpetuates and gives credence to the sins of their past and the sins of racism. You can’t fix something if you don’t admit it exists. That’s the problem with the spineless leaders in the South and many parts of the country, they’re too afraid to alienate the worst among the American people so they allow them to be racist and look the other way.

This rant wouldn’t be complete if I didn’t also make another mention about guns. Easy access to guns is also a major component to what happened, as all mass killings are. Nothing other than bombs or chemical weapons kill as many and as quickly with little effort than guns. Why do we continue to allow those with hate in their hearts, crime on their agenda, imbalances of the brain to have easy unmonitored access to these weapons of death? It’s the nation’s failure to finally and nationally impose real gun legislation to make sure those noted above don’t get guns and use them. All validated scientific studies prove more guns don’t make you safer, quite the opposite. All true readings of history and the creation of the Constitution proves the second amendment wasn’t a free unregulated path to gun ownership of all people regardless of their ability to handle weapons of death, even Scalia says so. 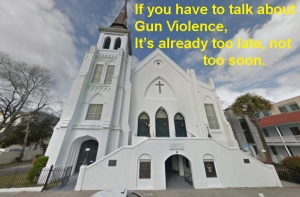 We will never abate this new normal of mass killings unless we address the two overlying issues that play a major contributory influence on them, easy access to guns, and allowing racism to continue and grow unaddressed by government and citizens tired of these morons.

Time to take the Stars and Bars, symbol of institutionalized racism and slavery by a failed rebel confederation down and start promoting equal rights and humanity for all people and not tolerate or ignore hatred.