Those of you who have followed me on Twitter and on this blog may know my story. At age 18 I joined the Republican Party and though saw myself then, and in many respects today, as a conservative on traditional conservative values, the degrading of the party beginning 30 years ago and it’s accelerating degradation in the past 5 years have caused me awe. Though my deep core values have not really changed, the definitions have appeared to have changed. The Tea Party proudly calls me a RINO, (Republican In Name Only) as they do all “non crazy folks” not happy with the how the party has become essentially domestic terrorists, assaulting democracy in its purist form. Taking a once effective progressive and rational party and letting the children and deranged take over. My posts on twitter and this blog have been very derogatory towards those on the right and those in the Republican Party. One can make the correct assumption that I’m not so much a Moderate as a Lefty. However, I think it’s more changing definitions than core values. What was once Conservative is now Moderate, Moderate is now Liberal/Progressive, and nut jobs are now Conservatives, you get the idea.

I asked on Twitter today something new to rant about and Lynn @illiter8 gave me a great idea. A man who I admired has really blown it. On twitter, most of the people I’ve gotten angry with and blocked have of course, been Right Wing Nut Jobs. However, there have been a few Lefties who I have not seen eye to eye with. Though I tend to treat them with more respect, there have been some nasty exchanges and one or the other of us have blocked each other. No side is free of doing surprisingly stupid things that run counter to common sense or what you would expect of that person.

General Wesley Clark once ran for President on the Democratic side. At the time, though I was still in the Republican camp, I admired the man. What was not to admire? A Four Star General, led NATO, did an outstanding job in Kosovo. Intelligent, articulate, and as a soldier, knew the futility of war and had nothing but concern for the reputation of the Army and of course, the United States. So what has he done? 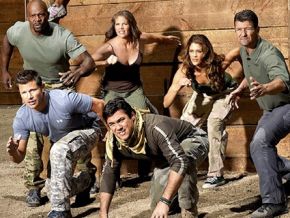 NBC is launching a new reality show, just what this country needs, another show of people pretending to be real, doing and saying things they never would if cameras weren’t around. The name of the show is “Stars Earns Stripes” where C-List Celebrities essentially play war-games with real weaponry. The show is hosted by General Clark. How does that go? WTF!

You would think a General who commanded men in battle beginning in Vietnam and culminating in Kosovo would have more respect for what War really is and wouldn’t stand for treating the weapons of war like fire crackers on the Fourth of July. I am offended by the concept and the decision General Clark made by being part of this. Idiots who have no business being anywhere like Todd Palin will get to blow things up in the desert and play army like real children only using real weapons. Considering the timing too. With our soldiers still dying in Afghanistan, domestic terrorism with assault rifles at movie theatres, 9 mm semi-automatic guns at Temples, the shootings that are getting more and more common using weaponry designed for war, but being used against unarmed civilians. And this is a reality show?

No doubt the show will be successful. In our culture today, crap like that is successful. It attracts sponsors who pay to get advertising on the show, everyone gets rich while those who may not be properly medicated watch, masturbate and wonder if they can go get an assault rifle or bazooka and blow something up themselves. The show was going to happen. But Wesley Clark agreeing to Co-Host it? As Bill O’Reilly would say, he is a pin head. I think he is making light of the seriousness of the military, their missions and the weapons they use. This is not for children wanting to play war, this is for trained professionals who risk their lives for those of us who stay at home. Bad move General.

See, I can be snarky to those on the left too.