We’ve already discussed Psychological Projection, but here’s one that is a real poser in this campaign season.

Cognitive dissonance is a discomfort caused by holding conflicting cognitions (e.g., ideas, beliefs, values, emotional reactions) simultaneously. In a state of dissonance, people may feel surprise, dread, guilt, anger, or embarrassment. The theory of cognitive dissonance in social psychology proposes that people have a motivational drive to reduce dissonance by altering existing cognitions, adding new ones to create a consistent belief system, or alternatively by reducing the importance of any one of the dissonant elements. An example of this would be the conflict between wanting to smoke and knowing that smoking is unhealthy; a person may try to change their feelings about the odds that they will actually suffer the consequences, or they might add the consonant element that the smoking is worth short-term benefits. A general view of cognitive dissonance is when one is biased towards a certain decision even though other factors favor an alternative.

Cognitive dissonance theory warns that people have a bias to seek consonance among their cognitions. We engage in “dissonance reduction”, which can be achieved in one of three ways: lowering the importance of one of the discordant factors, adding consonant elements, or changing one of the dissonant factors. This bias gives the theory its predictive power, shedding light on otherwise puzzling, irrational, and even destructive behavior.

So essentially, one with reasonable intelligence and confidence, when confronted with issues or realities that do not fit what they believe in, will try to explain things or alter reality in order to meet their beliefs knowing deep down, it’s all bullshit. How does this apply to Mitt Romney?

We can assume that Mitt is of some intelligence. He has two degrees from Harvard and has actually been very successful in business, unlike the previous GOP CEO to occupy the White House. The issue is however, his success was only “profitable” for a small select group of people. Though he destroyed long-standing companies, threw thousands out of work, destroyed pensions that they paid into for years, leaving them destitute and without healthcare, Mitt sees this as successful. Is this dissonance? Not necessarily.

We can speculate on what Mitt’s personal beliefs are and how they place in society as a whole and how his actions impact society. Is he altering his reality to gain cognitive coherence with his beliefs? Maybe not. This may play into another psychological/psychiatric disorder known as Sociopathy. We will save that for another rant. However, we are not done discussing Cognitive Dissonance.

This may or may not apply to Mitt Romney, but does it apply to those who choose to follow and support him? There is the problem in this campaign season. I am of the view that the majority of his supporters suffer from Cognitive Dissonance.

Mitt Romney needed the support of the extreme right-wing of the Republican Party to secure the nomination (which he actually has yet to acheive) and in doing so, needed to convince the Tea Party fringe that he was of their mind. As you all know, the Tea Party do not believe in government spending, taxes, the nanny state or regulations. At least that’s not what they are supposed to believe in. The Koch brothers, who fund their infrastructure, have given them those talking points for obvious reasons.

Now Mitt Romney has in the past as a citizen, candidate and elected official supported pro-choice, gay rights, signed an assault rifle ban in Massachusetts and worse of all, fathered and enacted “RomneyCare” for which “ObamaCare” came from. All of those issues run counter to the belief system of the extreme right.

The extreme right are convinced that Obama has raised or plans to raise their taxes despite the fact that Federal Income and FICA tax rates at are their lowest rates in generations. Both the Romney and Paul Ryan Budgets, in order to pay for additional tax cuts to the wealthiest people in the country, will raise taxes on the middle and working class by eliminated only those tax deductions that apply to them. This has been documented. And as important as a balance budge is to the extreme right, the Romney/Ryan plan won’t balance the budget for at least 30 years.

The extreme right-wing, when complaining about ObamaCare, famously spoke of keeping government out of their Medicare. Despite the obvious dissonance in that statement, the Ryan record and Romney rhetoric is clear, they want to privatize Social Security and voucherize Medicare. Both would take services and financial support away from the seniors and disabled, costing them far more than they can afford. These facts are indisputable. Yet they support the claim from the candidates that their plans would strengthen both programs. They believe it. 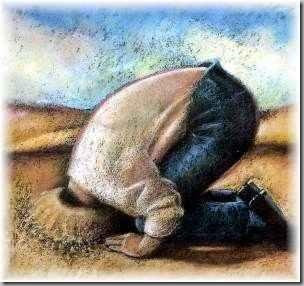 Their dissonance in my opinion, the reason they alter their reality to accept these defendable positions is the right’s core value that no matter what a black man does, if he is Democratic, he is not “one of them” and anything he supports, even if it’s something they support, is wrong, foreign, Marxist, Socialist, Communist, Fascist, Kenyan, whatever. The cognitive dissonance comes from the Romney supporters because they cannot bring themselves to accept that a black Democrat is the best choice and is closer to their views. They alter, change, blur their reality to fit their narrative.

The Romney supporters, deep in their minds know Mitt is not the answer. They know he is a liar, despite him running neck and neck with Obama, he has higher negatives than the president. He is seen as untrustworthy because of all the flipflops and out and out lies he has been caught in. He is uncomfortable with the “common people” that clearly shows, yet the man is getting support. His supporter block all of that out because they cannot accept a Black Democrat has done, and will do better than this man who they know will make things worse because they do not support anything he’s ever done in his life. They don’t like him outsourcing jobs, not paying his fair share of taxes, not releasing his taxes, not being transparent, seeing himself as privileged, enacting RomneyCare that they know is ObamaCare, outlawing assault rifles, and being on record supporting gay rights and freedom of choice and then spinelessly changing those views without any explanation.

The Cognitive Dissonance is within the registered voters of this country and there is too little time for therapy to correct the issue before November. So you all need to get out, get registered, get your ID’s and vote.