Today the GOP House, for the 33rd time, with the help of five gutless Democratic Party Quislings voted to repeal completely the Affordable Care Act. It was the same rhetoric in their speeches, all provable lies that anyone can look up and verify for their political narrative. Afterwards, Senate Minority leaf eater Mitch McConnell has vowed to make it the first agenda in January if the GOP takes the Senate this November. An obvious lie on his part, the first order of business will be him removing the filibuster that they’ve used so effectively to harm the nation’s recovery and make the President look bad. Fair play is not an option in this GOP’s playbook.

Polling today about the ACA in unmistakable, since the Supreme Court Ruling, more and more Americans accept and approve of the Act and oppose any efforts to repeal it. The only group that still has majority support for its repeal is surprisingly enough, the GOP that has marginalized and removed all the rational and intelligent people from their party. The mathematical fact is that even a majority of a minority party (GOP only accounts for 30% of voters) is a minority. The majority of the nation today supports the Affordable Care Act.

By repealing the Act, the GOP will immediately:

Remove the healthcare of 30 million Americans.

Will again allow insurance companies to divert more than 20% of premium income to pay for bonuses for corporate executives and lobbying instead of providing healthcare.

Will allow insurance companies to set life-time limits on care.

Will allow insurance companies to remove people from coverage if they become ill.

Will allow insurance companies to deny coverage for pre-existing conditions.

Will return the donut hole to seniors, increasing their pharmaceutical costs.

Will remove preventative healthcare to keep expensive problems from occurring for patients,

Will allow for-profit insurance company officials to get between you and your doctors to ensure company profits.

Will add to the National Debt due to uncontrolled, ever-increasing cost of healthcare to ensure insurance companies profit and paying for the uninsured for emergency room treatment.

There are many reasons to ensure the GOP doesn’t take the White House and Senate in November, but this is one of the biggest reasons. They have no alternative to the ACA other than to go back to the ever-increasing cost of healthcare, adding to the national deficit so that for profit insurance companies can get even larger profits than before. And how can they do that, by allowing Americans to die. It’s an economic fact, healthcare is only profitable if you get money from the patient without providing care needed for them to stay healthy and alive.

Insurance, like in the rest of the civilized world and as our own VA system should be single-payer and/or socialized. Our own VA care has been rated as more desirable than private for-profit care. Socialize medicine works. If you’re hung up on the word “Socialize” then you can get mental health therapy to address than counterproductive malady.

The answer for this nation is clear, Repeal and Replace the GOP in November 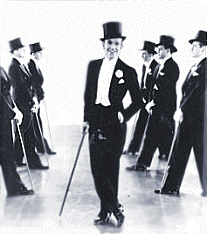 Growing up in the 1960s and entering the workforce in the 1970s I recall the common phrase from television and from the various stores and restaurants I worked at, “the customer’s always right.” As an employee, I dealt with some pretty snotty customers, many of us really had issues with these people, but our managers and store owners would educate us that these are the people who come to the store for services rendered, if we couldn’t provide what they needed, they can always go somewhere else, business would dry up and we would be out of a job. Although it was a lecture from the bosses, as I moved up the chain over the years, I came to realize that the bosses felt the same way and wondered if there could be a time when customers would have no choice but to shop with them and even better, have no protection from faulty service so those working at or owning the store/company/corporation providing the goods and services in question could be just as careless or predatory as they wish because the consumer would have no choice, no protections.

Well, over the years with the help of the National Chamber of Commerce and Corporate control of the Republican Party and by that proxy, the United States Government, it would appear that this is exactly where this country is moving. It’s no longer a situation where a company provides a needed service for the consumer, it’s now that the consumer has not choice but to accept the services those in charge provide.

It would seem to me that if the consumers truly had a voice in governance, elected representatives would have no problem proposing, enacting and enforcing consumer protections and regulations on corporations to protect the consumer. Instead, those in government are more concerned about elimination of all regulations as “job killers.”

In an ideal world, providing a faulty service would be the “job killer” since the consumer can go elsewhere to get that service. As a result, the company fails, jobs would be lost as the corporate owners go bankrupt for lack of business. Instead of existing to service a decent product for the consumer, the consumer now exists to fill the coffers of the corporate owners. With a blank check from Congress to do whatever they want without any consequence, any regulation, why should they provide a good service at a good price to the consumer?

The GOP fought tooth and nail against the creation of the Consumer Protection Bureau designed to help consumers because it would hurt the banks. You know, the banks whose mismanagement drove us into the worse economy since the Great Depression and then received a tax payer bail-out, while still handing out huge bonuses to the very people who mismanaged the banks and caused the current depression (I agree with Paul Krugman, this is a depression). Why can’t corporate success come from providing a good service or product for the consumer. Let good consumer relations be the incentive for business success. Oh, I forgot, it’s easier to screw the consumer when the government gives you free license to do so and if that fails, government will bail you out so you can exist if not from consumers directly, from tax payers.

The rallying cry of the conservative movement has always been “The Free Market.” Well, they’ve made sure that there isn’t a free market anymore, at least not the free market we were raised on. When you allow monopolies to exist, big companies to smother Ma and Pa Shops out of existence. When they are the only game in town, where’s the consumer choice?

It was Republican Teddy Roosevelt who pushed the break up of oil monopolies to give consumers free choice and lo and behold, services improved because these smaller companies had to compete with each other for the consumer dollars. The last time a trust was broken up was begun under Gerald Ford and finished by Jimmy Carter when AT and T was broken up. And as a result, smaller telephone companies competed with each other and resulted in technological advancements that have given us consumer choices we have today. Only problem is that now these companies are now merging back together at the behest of the Chamber of Commerce, GOP and Congress allowing it to happen. If they are the only game in town, where can the consumer go and why would a mega telecommunication company be concerned about quality and cost of services to the consumer?

By not breaking up huge trusts in corporations and banks you end up with “Too Big To Fail” that led to the crash in 2008. Thanks to the National Chamber of Commerce, the GOP and the Republican House, corporations don’t need to take care to provide the best service to appease the consumer.

This is the world that Mitt Romney wants to nail down for America. The result of which is obvious, all the nation’s wealth with the smallest percentage of the corporate elite. They will do just fine because the consumer serves the corporation, not the other way around anymore, in the Koch Brother/Mitt Romney world.